You are here: HomenextResourcesnext'Before the Resorts' - Tendring Coastline

'Before the Resorts' - Tendring Coastline 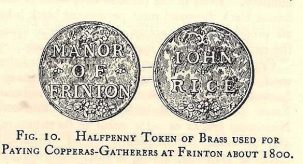 The following article introduces the Tendring coastline before the development of the seaside resorts in the 19th and 20th centuries. It first discusses the underlying geology and processes which have moulded the physical shape and nature of the coast, before moving on to discuss the changing structure of estates and manors from the Middle Ages onwards. It then outlines the history of human habitation and settlement in the district before explaining how the people who lived there made their living before the advent of the holiday industry. Although the seaside developments were to create an entirely new form of economy and society which dwarfed in scale anything that had preceded them, how, where, when and why they developed was undoubtedly influenced by man’s previous interactions with the coastal landscape.