You are here: HomenextResortsnextJaywick SandsnextMrs Edna Randall and her Jaywick Sands holiday memories 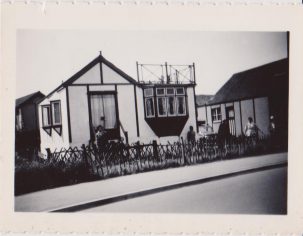 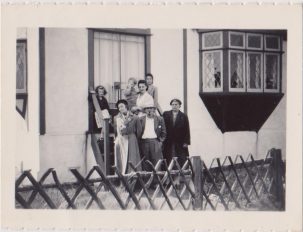 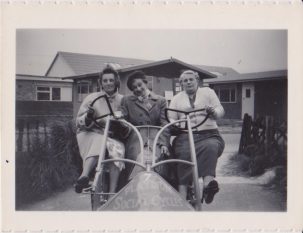 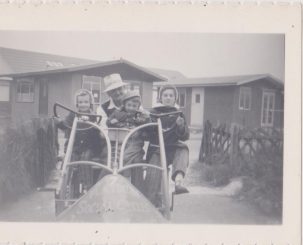 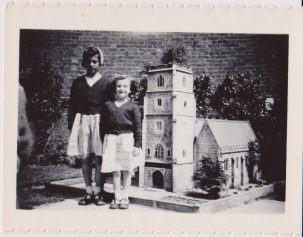 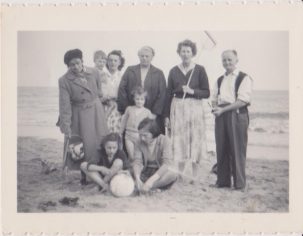 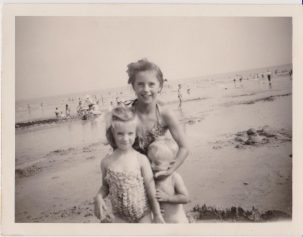 Mrs Edna Randall first visited Jaywick Sands in 1942 for a family holiday as a young teen:

There was a club or casino where I went dancing. The army was based there – soldiers of the Canadian army – camped outside Jaywick.  There were loads of soldiers.

I went with friends of the family – Bert Towers and Rosie his wife; Bert was from Lincolnshire, a Grantham Boy. They were friends of Uncle Ben, who meet his future wife, my Aunty Madge at their house in Norbury, beyond Streatham, London. Bert was a London bus driver. The Towers did not have a car, nobody did in those days, so we travelled by train.

I can see the club where we went dancing in my mind’s eye, it was called the Oasis. I went with our family friends’ two daughters but I can’t remember their names.

We stayed in a chalet, it was more than a shack!

We stayed a week. We went for walks, didn’t swim. We did all the cooking but I don’t remember any restaurants or even a parade of shops.

My second visit to Jaywick was in 1959, May Whit Week.

This time we had a car and it was loaded so much our neighbour laughed and said we had everything including the kitchen sink!

It was a family holiday and I was thirty two by then, with my husband who was thirty seven, Wallis, our children, Barbara aged ten, Carol aged five and a half, Peter aged three and a half. My parents, Mary & Harry Whalley and Wallis’s mother, Frances Randall.

We had ‘day tripper’ visitors – our spinster Aunty Betty who was only thirty two years old! Our family friends, Irene and Derek Sexton and their daughter, Lesley, twelve years old. We all went to the seashore, swam, built sandcastles, visited Clacton fun fair as a treat. There was a model village built in the moat of the Martello Tower on the way into Clacton. One time our beach ball floated out to sea, Wallis tried to retrieve it, he swam out and out but had to turn back.

There were four wheel bicycles to hire, tried out by all. Betty came down by train and stayed overnight on a camp bed in the living room. She fell off it in the night and caused a great uproar. She was a ‘clumsy Clara’.

Jaywick had altered from when I visited in 1942/3, then it was more of a shanty town. In 1959 it was more of a holiday resort. Our chalet in Beach Way had been refurbished and raised higher.