You are here: HomenextBlognextSchools Performance at West Cliff Theatre in Clacton, May 2018

Schools Performance at West Cliff Theatre in Clacton, May 2018 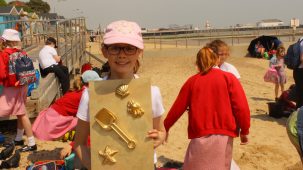 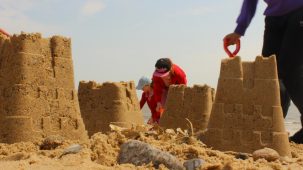 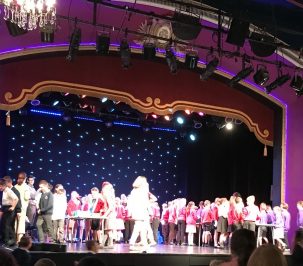 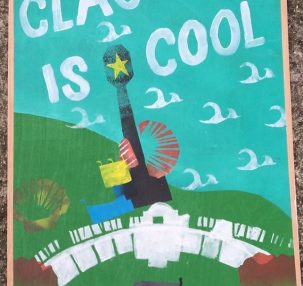 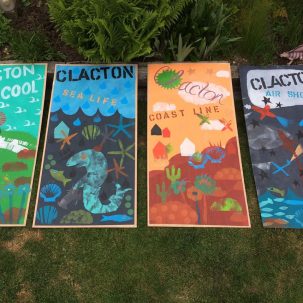 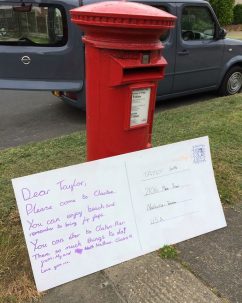 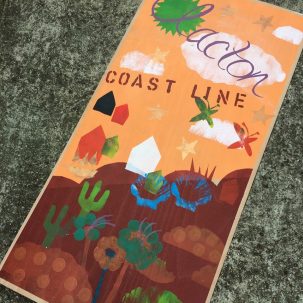 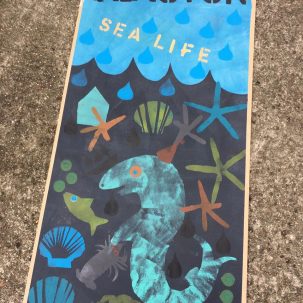 Mercury Theatre was recruited by Resorting to the Coast in November 2017 to deliver our schools programme.  As part of our RTTC project, which runs until July 2019, ten primary schools from Tendring seaside holiday towns are participating in this Heritage Lottery Fund project to discover the seaside heritage on their doorstep.

This, hot off the press: on 24 May the children from four primary schools gave a sharing performance to their parents at the West Cliff Theatre. The children were proud to show their work and did brilliantly.  Their displays varied from singing performances with a specially written song about happy days in Walton-on-the-Naze, the Glistening Clown troop using the famous Clacton Clown Bertram’s comical wit and style for inspiration and stunning artwork interpreting all their favourite aspects of Clacton-on-Sea in the form of gigantic postcards.  Children designed the postcards with artist Jackie Davies and invited their favourite heroes to visit Clacton.  The heroes included Usain Bolt, Taylor Swift and David Walliams.

After the performance the children had ate their packed lunches on Clacton beach in true seaside holiday style and had a sandcastle competition.

Mercury will be sharing their professional photos taken at the event in the coming weeks and we’ll let you know when we publish them on our website.  In the meantime, thanks to Mercury Theatre and their practitioners, Alton Park Junior School and their giant postcards, Frinton-on-Sea primary school and their suitcases with sunburnt lobsters, Walton-on-the-Naze primary school for the Happy Days song and Whitehall Academy for clowning like Britain’s next generation of clown performers.

A school resource pack is being produced and will be available online in the next few months and it’s designed to encourage other local schools to explore the unique seaside stories and history in their own towns and across the whole of Tendring coastal resorts.

The Resorting to the Coast schools programme will resume in the new academic year.

We thought you’d like to read some of the fabulous comments from the audience and Clacton museum:

Roger Kennell, ‘Pleased to be at the West Cliff Theatre this morning and experience the excitement of the children and what they performed.’

Norman Jacobs, ‘They, along with three other local schools, put on a show at the West Cliff this morning, showing what they had done as part of this project. It was a brilliant morning. Well done to all the teachers, pupils and everyone else who worked hard to bring it about.’

George Hardwick, archivist for Clacton museum, ‘I thought you might all like to see what the children from Alton Park Junior School made after being inspired by their visit to our local history museum at Clacton Library. This project is part of the ‘Resorting to the Coast’. They worked hard with artist, Jacqueline Davies, to produce these wonderful giant postcards. Some of the children came to the museum again with their parents and grandparents on Saturday mornings and showed them around.’

Jenine Davey: These are excellent- maybe you could contact Greater Anglia and see if they could feature somewhere in the train station? These are a great, vibrant way to welcome people into the town!

Jenine, we are on the case!